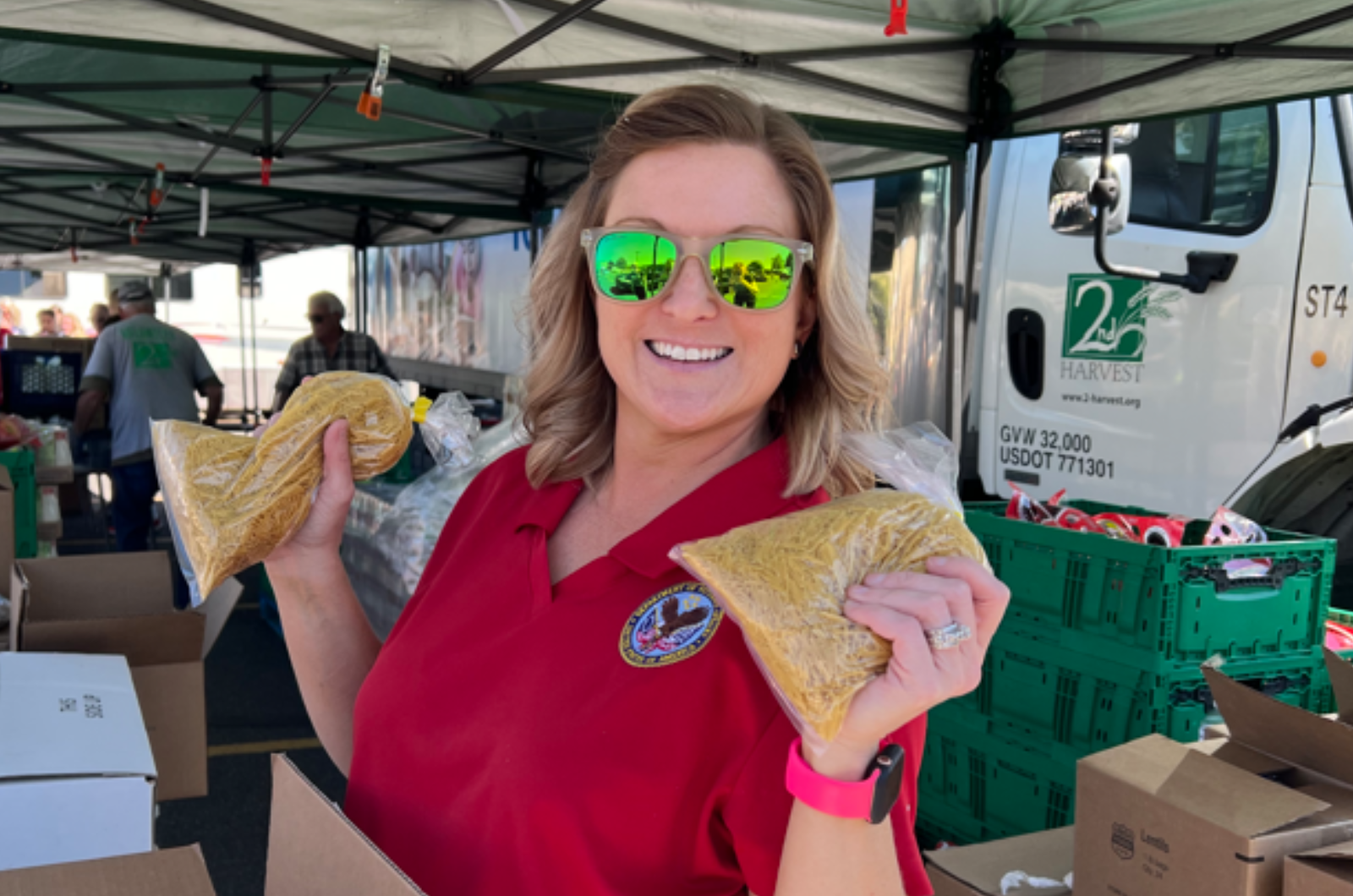 Serving fellow veterans means a lot to three of the volunteers at a Mobile Market at Mann-Grandstaff Department of Veterans Affairs Medical Center. Reba, Charles and Reuel all served in the United States military. Now, they serve their communities in new ways that are unique and impactful.

The July 19 Mobile Market was scheduled to serve veterans and their families facing food insecurity. According to Food Lifeline, 1 in 5 military families lives in a food insecure household. Over 200 families served at the free food distribution received fresh produce and pantry staples to bring home. 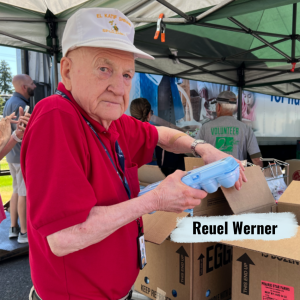 At the beginning of the distribution line was Reuel, an Air Force veteran who has been volunteering for as long as he can remember.

Reuel has served his hometown of Spokane in a multitude of ways, most recently as a Shriner. Although he was unable to do volunteer work while in the military, he chose to focus on causes he cares about after returning to civilian life.

As recipients moved their cars through the line, they received bags of produce from Charles, another passionate veteran volunteer. 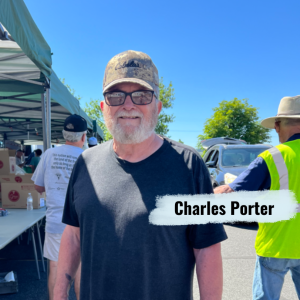 Charles served 21 years in the Air Force after growing up watching his uncle serve. Enlisting in the military was a dream for him.

“My uncle was in World War II, the Korean War and the Vietnam War. He would always say, ‘I want you to join the military, and I want you to go in the Air Force,’” he said.

“I love it. I do it all the time,” he said. “I’d rather do stuff for other people than doing it for myself. It makes you feel better.”

One of the last smiling faces Mobile Market visitors saw was that of Reba, a nurse at the medical center.

After serving in the Marine Corps as a helicopter mechanic for five years, she had a family, went back to school and arrived as a nurse at Mann-Grandstaff. Reba helps with the Mobile Markets when they visit the medical center.

She explained the bond veterans have with one another, regardless of their prior relationship.

“I think as a veteran, you have different respect for fellow veterans,” Reba shared. “You understand what they’ve been through in life and in their career, so if you’re in a position to give back, you want to do that for people who have been through the same thing you have.”

Food insecurity is evident among veterans at the medical center, Reba said.

“Food is really expensive, so good food is super expensive,” she said, elaborating on the choices patients make when on a tight budget. Mann-Grandstaff organizes patient food education initiatives, which fit well with visits from Second Harvest’s Mobile Market.

The three veterans, alongside other generous volunteers, served over 800 individuals during the Mobile Market, allowing each of them to continue their service to fellow veterans and community.