July and August have been simultaneously sobering and gratifying for many volunteers and staffers at Second Harvest, as we continue to work to reduce hunger in military and veteran communities. It’s sobering to think that the families who serve our country and keep us safe face food insecurity, and gratifying to know that working with our partners, we can alleviate some of that strain and stress.

Our focus on tackling hunger among active-duty military and veterans would not be possible without some wonderful partnerships.  They include the Department of Veterans Affairs and its regional facilities, Fairchild Air Force Base, and the American Legion.  Also critical are groups such as Veterans First, and the Bob Woodruff Foundation, which has made generous financial donations to help cover Mobile Market costs at these events.

Also, the Military Family Advisory Network is part of the coalition led by Food Lifeline and has done extensive research on food insecurity in the military and among veterans. View their work online at mfan.org.

Our active-duty military and veterans have done so much for our country, and we’re pleased to be able to work with partners to provide a small measure of gratitude. We salute you and say Thank You.

Donate today to help fuel Second Harvest’s mission and WSECU will match every dollar, up to $10,000. 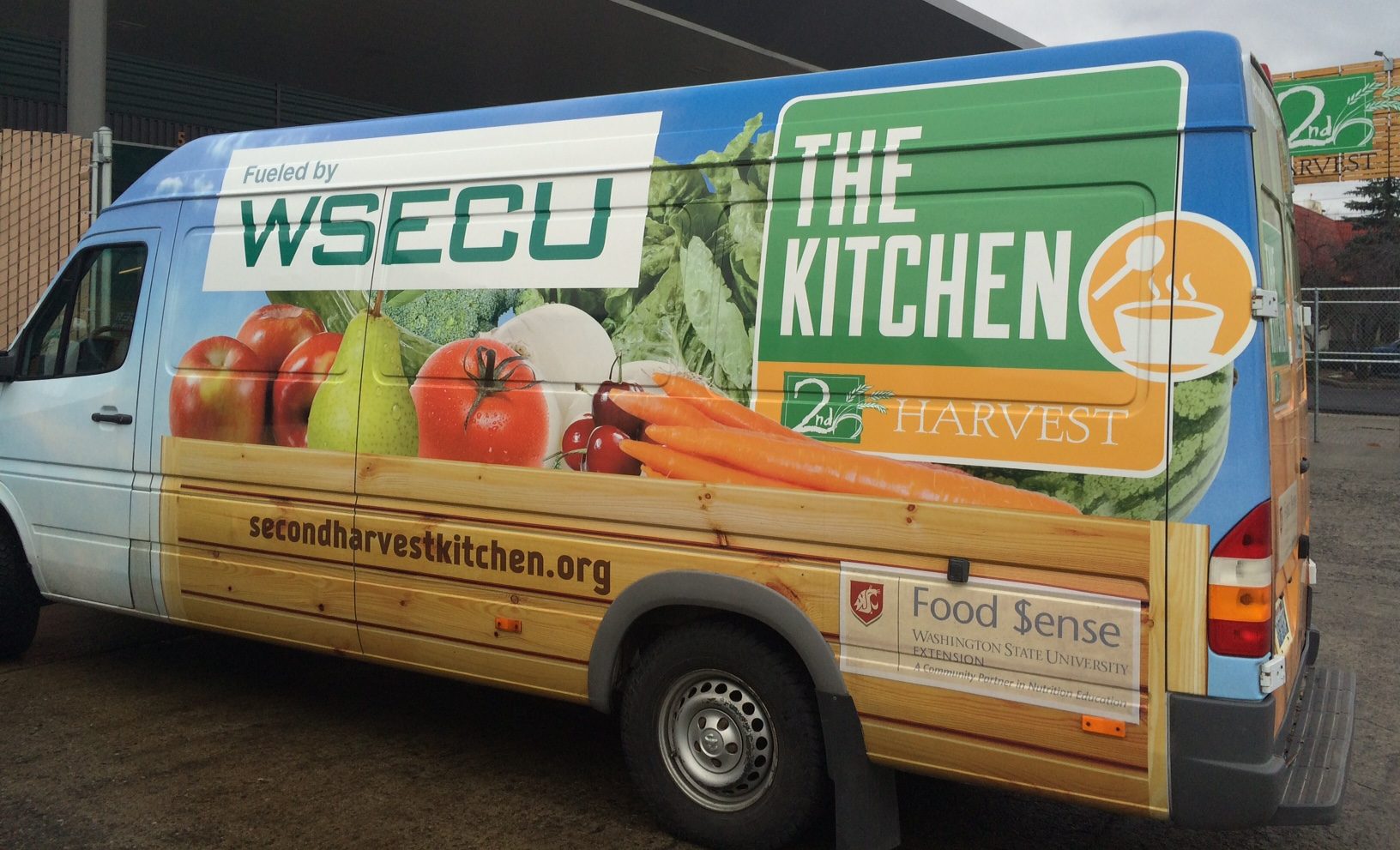