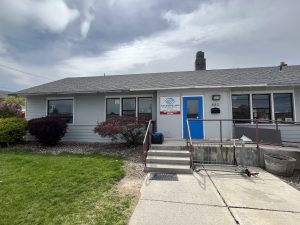 Nestled in Washington’s first wine country of Horse Heaven Hills and split by the Yakima River, the Prosser area is known for its multitude of summer activities. Family-friendly events, such as weekly farmers markets, music performances, art fairs, and other festivals fill the summer calendar for Prosser residents. The Boys & Girls Club in Prosser is one of the groups providing services to local kids during the summer.

Chris Cisneros has led the team at the elementary youth site and teen center of the Prosser Boys & Girls Club since its opening in 2010. A Prosser native, Cisneros says what keeps him going is the ability to make a difference in the community where he grew up. “I’ve started seeing more and more kids that attended the club when they were younger make their graduation announcements,” Cisneros shared. “It’s been great being able to see these kids grow into young adults and see their growth over the years.”

Throughout the school year, the Boys & Girls Club in Prosser provides food for up to 60 kids daily. Children who participate in programming hosted by the club receive two snacks each day that are provided by the Department of Agriculture and Second Harvest. Because USDA support wanes during summer months, the Boys & Girls Club relies solely on weekly food deliveries from Second Harvest to provide nutritious snacks to kids.

“We couldn’t have been able to feed as many kids and families as we could with the help of Second Harvest,” said Cisneros. When the COVID-19 pandemic temporarily shut down in-person operations, staff assembled and distributed meal boxes using a variety of food from Second Harvest so that families could prepare meals at home.

Like most after-school organizations, the club offers more than just snacks and meals. Additional services include a Spanish class, a Lego robotics class with coding, and cooking classes.

During the summer months, Cisneros and his staff will serve meals provided by the local school from 8-8:30 a.m. and from 11 a.m. to noon, five days a week at the Prosser Boys & Girls Club. Although there are no restrictions for children to receive meals, the club is limited to their operating space of a portable cubicle but will serve anyone who attends meal services.

“As long as the kids can get here, we don’t turn anyone away from other communities around us,” Cisneros explained.