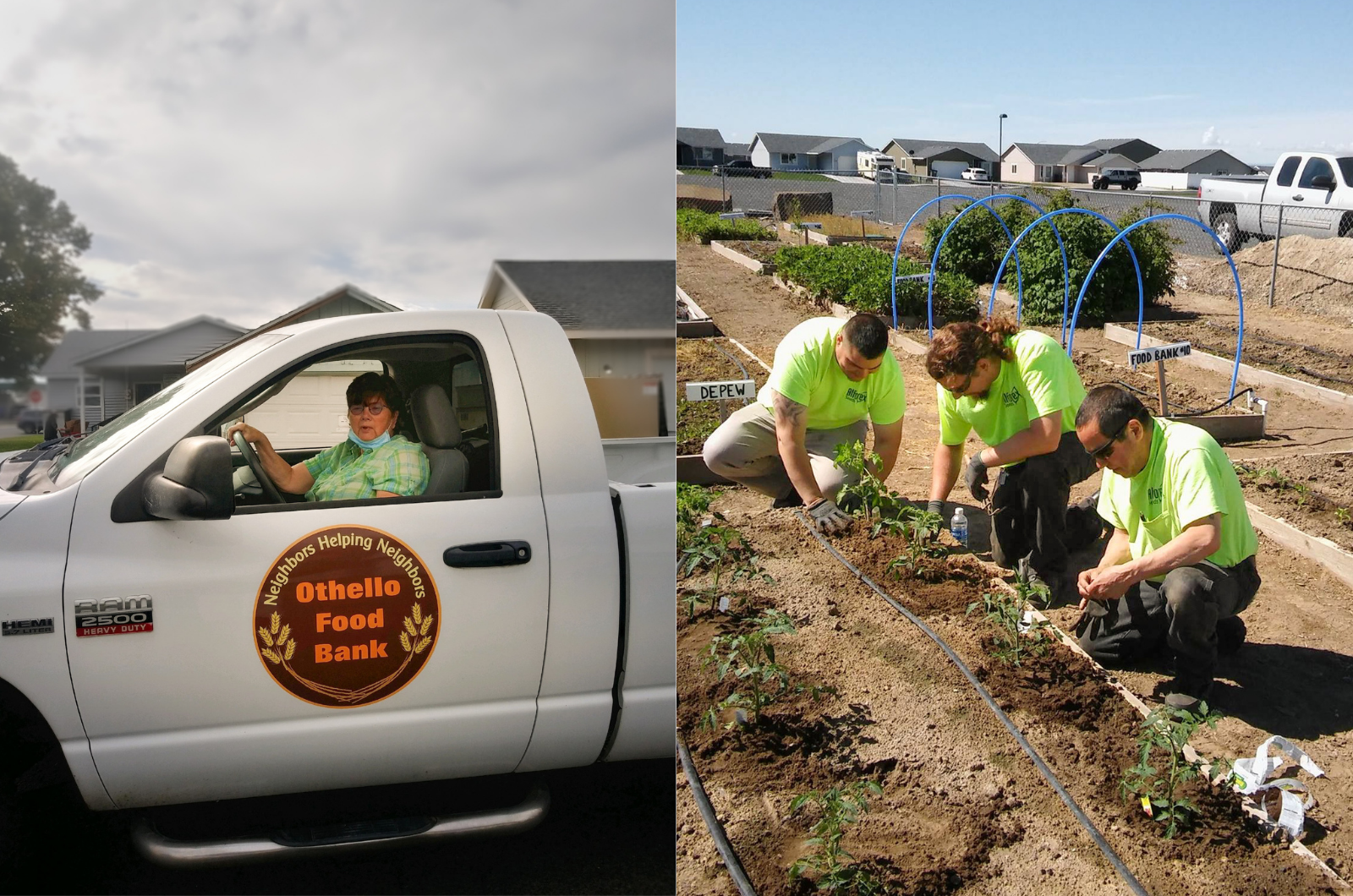 When it comes to the client experience at the Othello Food Bank, there are few things more important to Sharon Mobley than a non-judgmental, low barrier, and kind approach. “I feel like no one should go hungry. We have so much food in this country, it’s just a matter of getting it to the right people without them feeling embarrassed or shameful about receiving it,” Mobley says.

Mobley, the director of the Othello Food Bank, shared a story about her experience trying to utilize a food bank years earlier to help feed herself and her young children. She says that when she came in the worker signing her up made a mention about her food stamps and how she needed to budget better and make them last longer through the month. “I was mortified. I never went back,” Mobley says. “I already felt bad enough going into the food bank and that was very hard to hear so ever since I took over (the Othello Food Bank) I’ve tried to convey to all my volunteers that if you come through our doors in need of food that’s good enough, no judgments.”

That approach, along with a dedicated group of volunteers, has helped the program reach many more people than just the listed 8,000+ residents of Othello. Mobley has integrated a delivery system to clients in neighboring towns of Lind and Hatton along with several boxes each week to students and families at Desert Oasis alternative school.

Through two weekly pick-up appointments at the Second Harvest Pasco Distribution Center and other local donations, Mobley can provide free, fresh, balanced grocery boxes to individuals in need every Tuesday – Thursday from 12:30 p.m. to 2:30 p.m.

“When I started here, I was trying to figure out how to get more food and Second Harvest has helped with that and It’s really been a blessing for our food bank,” Mobley says. “The freshness, the variety.  It’s actually unbelievable sometimes.”

Prior to food security work, Mobley worked in the medical field as a nurse. She says the compounding effect of insurance company policy and endless bureaucracy instead of an emphasis on genuine patient care led to a period of burnout and eventually found herself volunteering at the Othello Food Bank.

“In food banking, we focus on care for the person, the families that come here, nothing else, no hoops to jump through,” Mobley says.

Although the traditional business hours of the food bank help supply a lot of the supplemental goods for her client base of working families and individuals experiencing homelessness, that doesn’t stop Othello Food Bank volunteers like Angel Mendez from connecting to those in need through alternative means.

Mendez had a connection with a local orchard and found a way to get the workers some extra food. Mendez says he takes about 20 to 30 boxes a week to the orchard workers after their shift ends because they can’t attend the Othello Food Bank business hours. “A lot of these workers don’t have enough food based on the budget they get,“ Mendez says. “They’ve been telling me these boxes help them stretch that budget.”

Mobley and Mendez are looking to expand this program to other orchards and increase the food security of the workers through the region. In the ever-changing landscape of need in the region, the Othello Food Bank has adapted and evolved to match the demand.

“I want to be able to service multiple orchards and their workers and expand our programs,” Mobley says. “If I can do something to help these folks I will, we have plenty, we’re so blessed.”